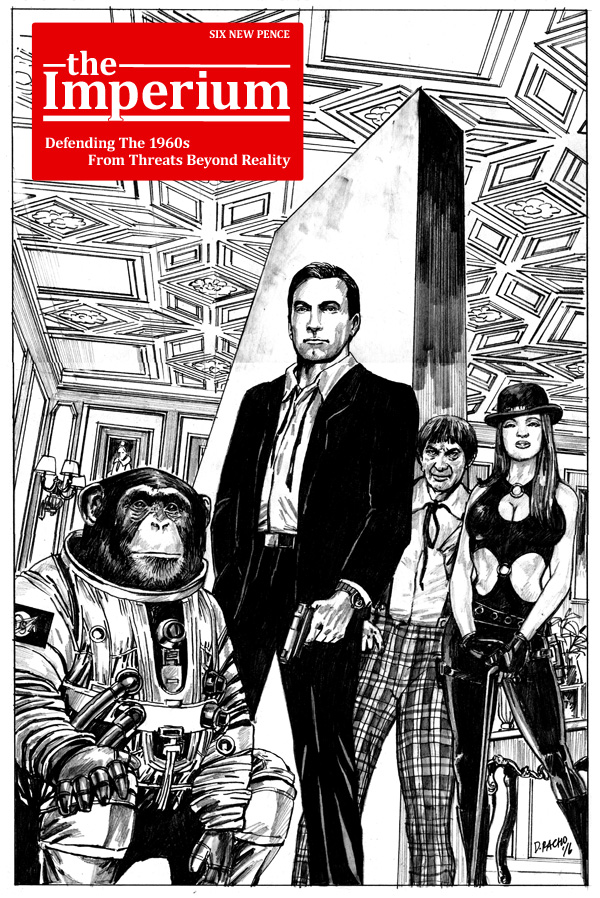 A love letter to the classic British telefantasy of the 1960s that I grew up loving.

After a several months hiatus, new artist Dominic Rancho has brought new life to this project, which is now nearing completion.

The Imperium takes iconic characters and deconstructed them to their roots, reassembles them in modern form – and then dumps them all into a super group with a stonking, mind bending action and adventure.

I sat down and thought about what IS the 1960s, as it now exists in the media-sphere.  For me it’s all about Patrick Troughton charging up and down monotoned corridors.  It’s monkeys in space suits. It’s sexy cat suited super spies. It’s opening doors to the windows of perception…and just so much more.

I sat down and thought what would an alien ‘cosmic hobo’ be like? What would a womanising government assassin with no conscience be like? Why would a gorgeous and insanely talented woman be a super spy, and what’s with all that tight leather?

And most importantly, how would they all play together?

And How would that even happen?

These are the questions we address and answer in the Imperium – and at the same time stuffing it as full with as many cultural references as could possibly fit on a page.

But isn’t this just fan fiction?

But then I thought we live in a new era of professional fan fiction. Bryan Fuller’s take on Hannibal Lecter recently ended. Russell T. Davis ripped all our childhood’s wildest imaginings into reality when he reinvigorated Doctor Who (FINALLY – Daleks and Cybermen fighting each other – but couldn’t the steel giants have taken down at least one pepper pot, I complained to myself). Guillermo del Toro sat in his bath as a child and played with dinosaur and robot toys, like we all did – but then thirty years later spent millions of dollars and made it a celluloid reality with the wonderful Pacific Rim.

Is it fan fiction – yes – unashamedly so! Almost as much as JJ Abrams take on Star trek and Star Wars is!

But of course, we want to be saying something new as well – Otherwise what would be the point in creating it in the first place? 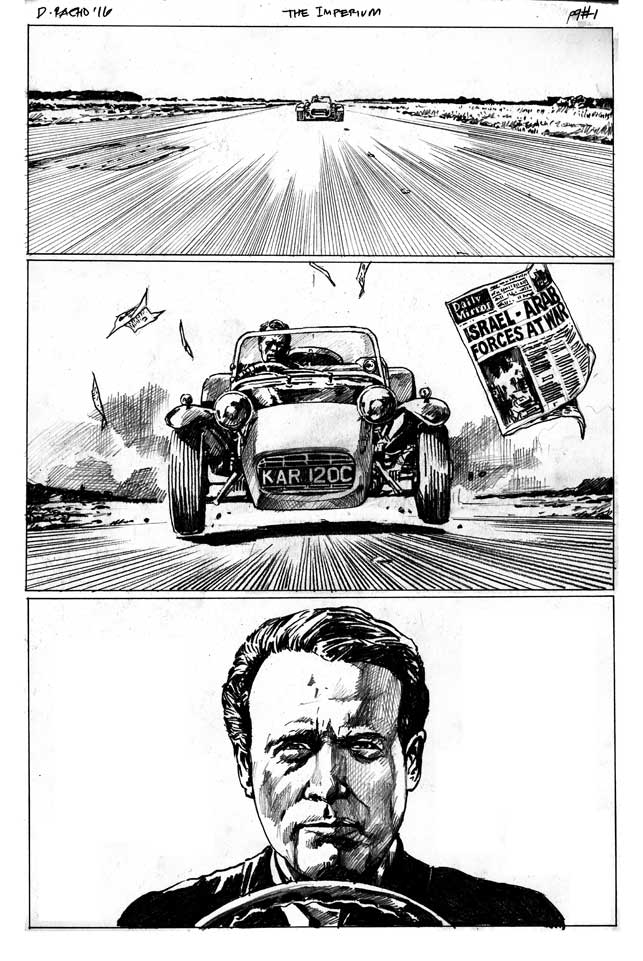 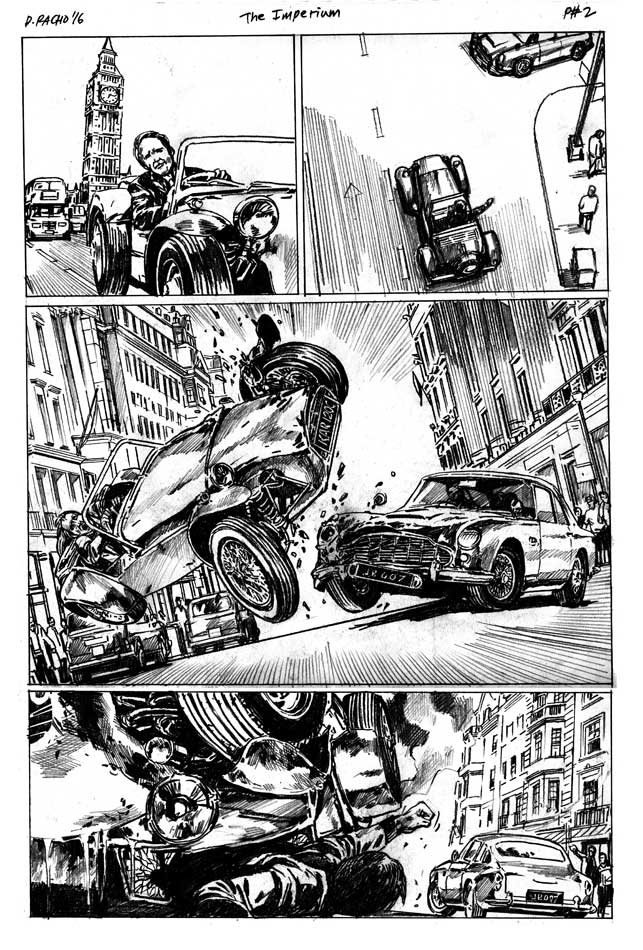 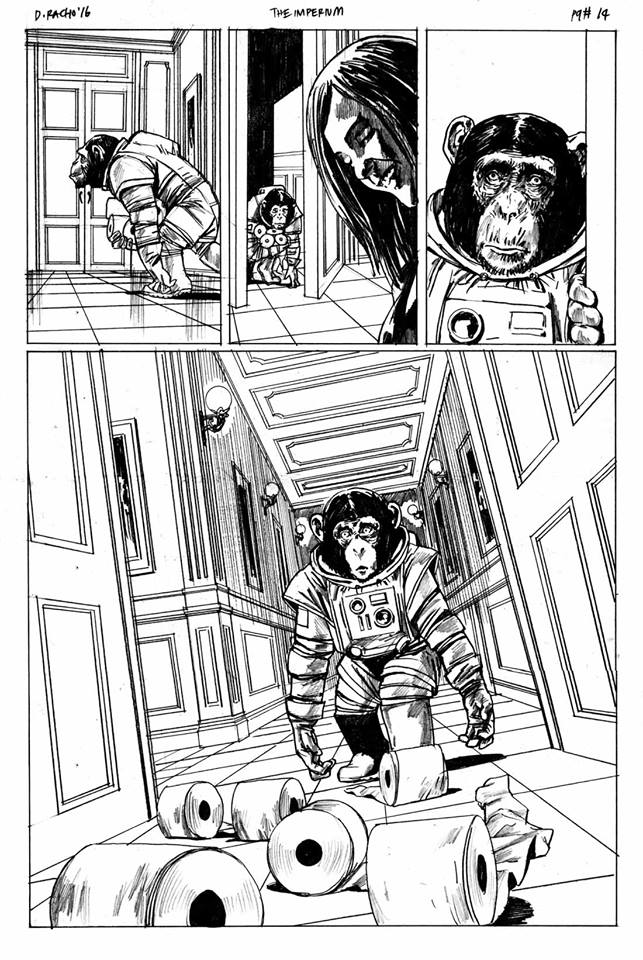 GO CHECK IT OUT