Deep beneath Har HaBayit lies a secret prison, created by Shlomo HaMelech to cage some of the darkest and most dangerous forces in creation. Built when the first Beis HaMikdash was consecrated and guarded by the 120 Anshie Knesset HaSodis, the men of the Hidden assembly – a secret order of hidden Tzadkim. 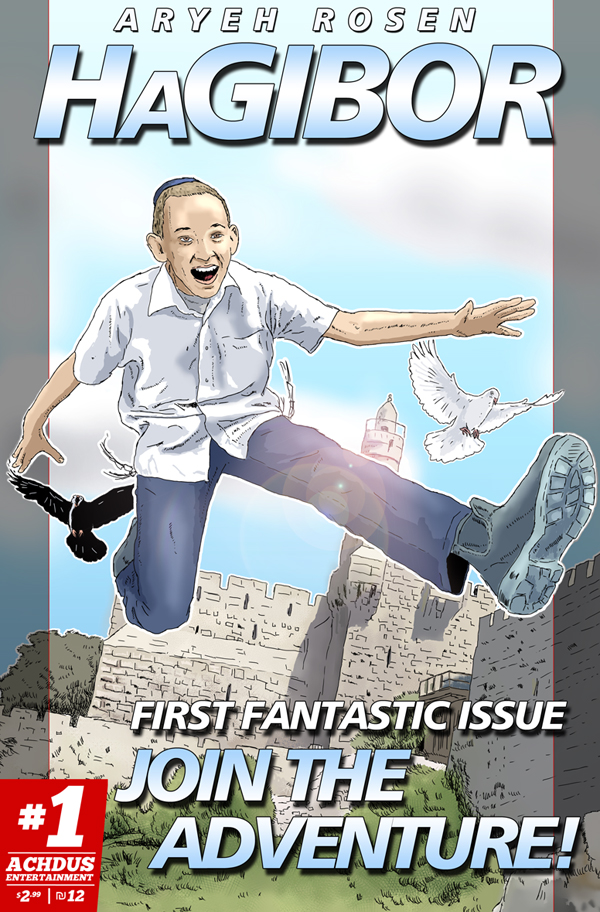 Today there is but one left, and if he should fall, and any of the creatures entombed within the prison ever escape, they would fill the world with darkness and evil, turning the hearts of men black with sin. That is, unless someone is a pure Eved Hashem, and then whatever power that is thrust upon them by dark forces would be turned in service of the Almighty. Such a person would have the strength to win out over his Yeitzer Hara, and become…HaGibor!

The core of the book will be small character moments where I hope to have some both powerful and subtle points in chinuch, best illustrated by this small section presented on the next 2 pages. 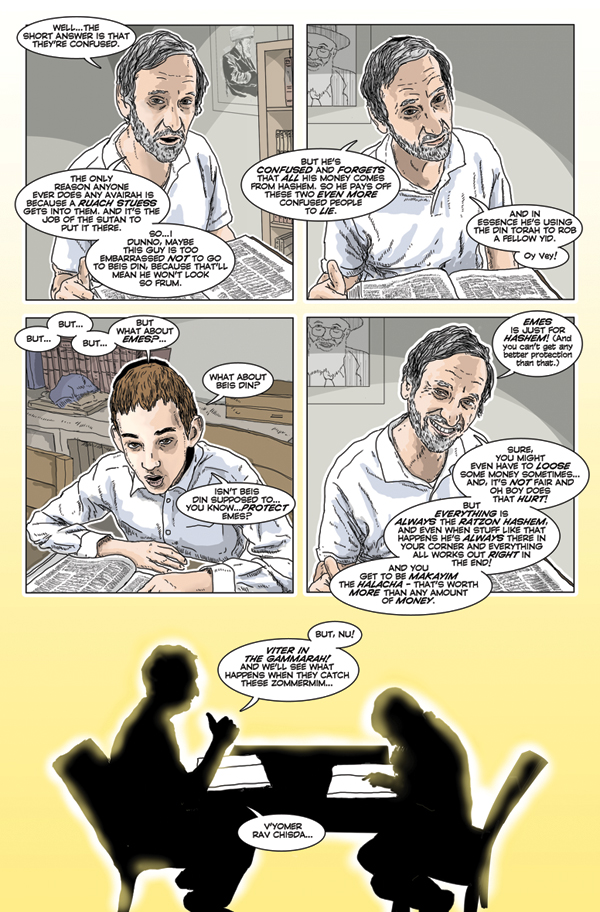 This next sequence from about a year into our story, the Yatze Hara for Avodah Zara returns and thinks HaGibor is defeated, begins his plans for world domination and conquest. 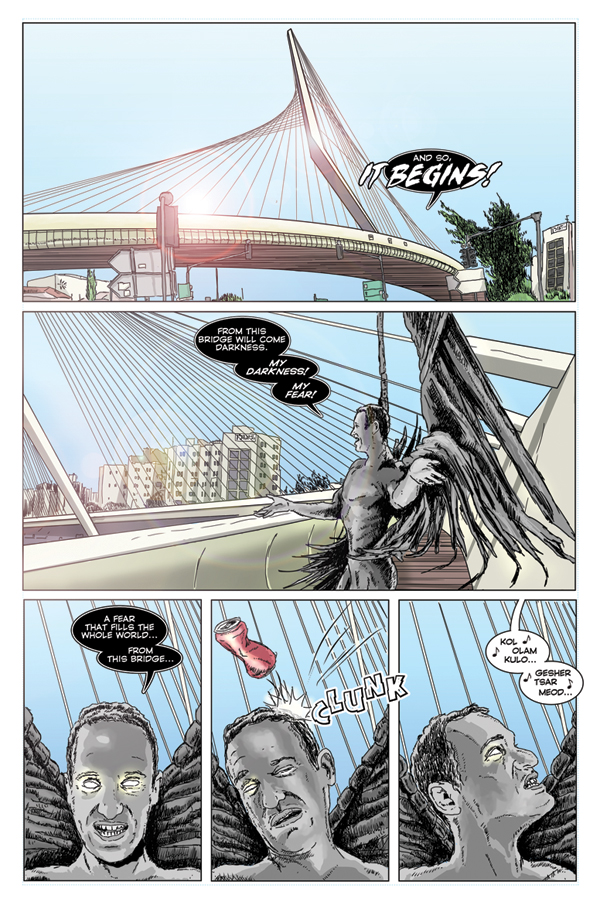 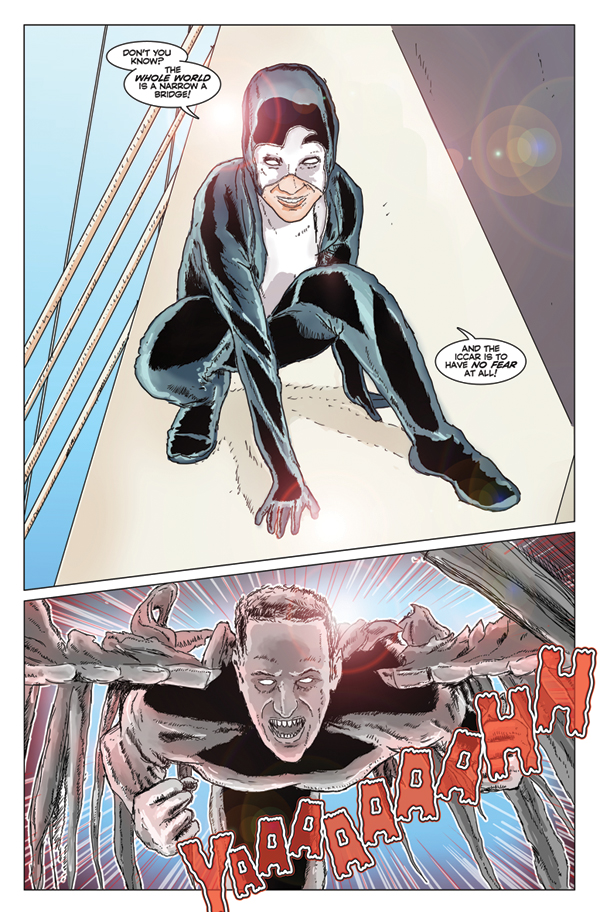 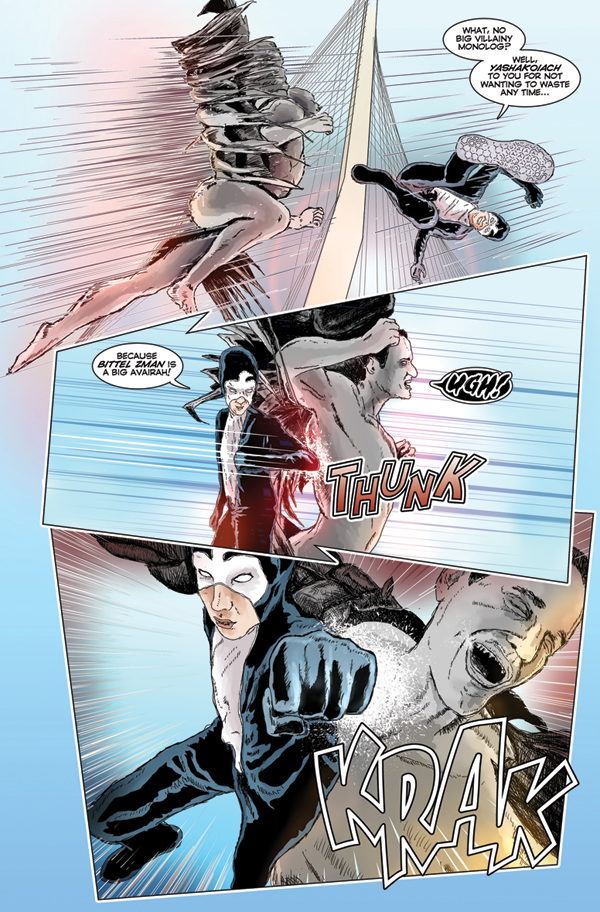 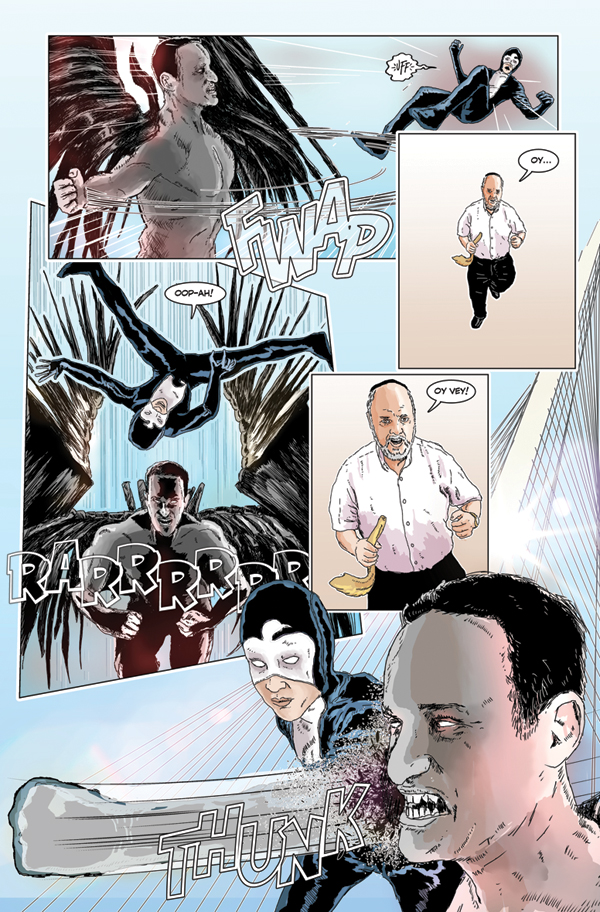